Warehouse Software Systems- Can you Live WIthout Them?

Do you have a warehouse software system? Has it made your life  A LOT easier? Ever wondered how you would cope without it?

What role does IT play in a Warehousing Environment?

A big role. As technology developed and advanced, warehouse environments developed and advanced along with it. Previously, manual labour coupled with a lot of administrative data was used to operate and manage big warehousing environments. Ever wondered how global companies survived without online systems? How were inventory levels captured and viewed by a company in another continent? It is quite unthinkable. 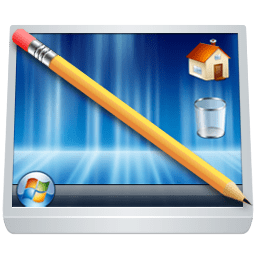 Where would we be without the invention of IT?

What is next for IT and Warehouse Software Systems?

Ever thought about that? Where are we currently headed with IT and how will this influence warehouse environments? A big trend in the warehousing industry is automation. Warehouse systems are increasingly innovated to drive and enable automation. Why? Because automation enables mass manufacturing, requires less manual labour (when accurately managed), enables more accurate production processes and automatically captures production and operational information.

In a nutshell, automation makes warehouse management a lot easier. But it also creates a need for more skilled personnel. Instead of having  a big demand for manual labour the demand is shifting to IT professionals. Not any kind of IT professional, but companies need IT-oriented individuals who have experience on the right kind of warehouse systems or programmes.

Will automation one day take over? It already has. Automation is inevitable in the consumer driven world we live in and does not only comprise robots performing people’s jobs- well not always. But automation is visible all around us; when you order your groceries online, when the teller at the grocery store scans all your items which automatically appear on her screen, when a pharmacist scan your medical aid’s savings online.

Automation is everywhere and we can only sit back and watch as it evolves and advances.

BACK TO BLOG INDEX